Free shipping on all domestic orders over $100.

Ever heard someone describe the scent of weed as “skunky?” What about off-handedly referring to bud as “dank?” Or, even weirder, “kushy?”

Like all slang, these weed terms used by cannabis aficionados make no sense to an outsider — or even someone new to the community. When it comes to cannabis and terpene products, the scent and taste can have a significant impact on your preferences. Understanding what weed terms mean can simplify your shopping process and help you find the kind of weed flavor you like.

We also need to mention that these weed terms are typically based on specific strain families and the experience associated with it. For example, there are a lot of marijuana strains that have the word “Kush” in them, like “Banana Kush.” Let’s explore common cannabis terms and what you can expect from both cannabis and terpene products using these terms.

Marijuana has a pretty distinct scent, and most people don’t think it’s a good one: skunk spray. Cannabis strains from the “Skunk” family of marijuana, which arose in the 70s, were especially guilty of this smell. Because of its iconic scent, the use of “skunky” as a weed term became really popular. But this smell isn’t necessarily bad, and many people actually like it! It’s potent, but it’s an especially popular flavor to enhance when adding terpenes to bud or flavoring terpene formulations.

“Haze” is a weed term associated with a Sativa weed strain with the same name, grown for the first time in the early 70s in Santa Cruz, California. It also refers to its descendants, which now include several hybrid strains. Haze fans describe this strain as earthy, citrusy, or spicy. Enhancing the hazy lavender scent is a great way to maximize the taste and smell of formulations like Blueberry Haze.

“Kush” is a weed term that’s evolved over time. Its origins stem from the Hindu Kush, an Asian mountain range dividing Afghanistan and Pakistan. This cannabis term originally referred to Indica strains grown in that region.

Today, people use “kush” as both a reference to Kush descendants and slang for all cannabis. Enhancing kushy terpenes in both bud and terpene formulations emphasize the earthy tones associated with Kush. Kush enhancers take the taste and aroma of formulations such as Sour Diesel or Banana Kush and multiply it by a thousand.

Despite its uncomfortably-moist everyday connotations, “Dank” is a slang cannabis term that means excellent. It also refers to weed that has a fat, stinky flavor that hits hard, a flavor that comes from weed grown in a healthy environment, then dried and cured properly.

However, those flavors don’t just boost cannabis strains. If a terpene formulation is enhanced with a dank profile, it adds an extra punch. Bring out the citrusy taste and fragrance of terpene formulations like lemon, pineapple, and cherry flavors, or you can maximize the punch of sweet and sour blends.

Ever heard of Diesel strains? That’s what this weed term refers to: the “gassy” aroma and experience that Diesel strains are known for. While it can be used to refer to all weed, it’s mostly applicable to that family of strains and iconic smell. Enhancing a terpene formulation with gassy terps means you get a terpene formulation with an intense kick.

“Milky” is a cannabis term with different inferences and associations. For weed connoisseurs, it’s an adjective used to describe trichomes, which is a kind of hair growing on the exterior of cannabis. Cannabis plants with cloudy — or “milky” — trichomes covering them mean they’ll have a stronger high.

When it comes to the flavor itself, “Milky” refers to a creamy flavor. Terpene formulations such as Grape Ape and Root Beer have an inherent creamy texture and taste. Terpenes can enhance the milkiness and creamy taste and aroma of these terpene formulations.

Learning about weed terms helps you feel more confident in searching for cannabis and terpene products you’ll love. Since these popular terms refer to the products’ tastes and fragrances, descriptors like “Skunky,” “Gassy,” and “Kush” are the perfect guide when you’re looking for a specific flavor or scent.
At The Terpene Store, we have our Terpene Enhancers line that helps you bring these six iconic flavor experiences to your flower or terpene formulations, all without adding any THC or CBD. Enhance the dank undertones of Super Lemon Haze with Dankify, or make your own strawberries with whipped cream experience with Milkify. We also offer the Enhancers Sample Pack so you can try them all and see which one you like the most. Experiment today! 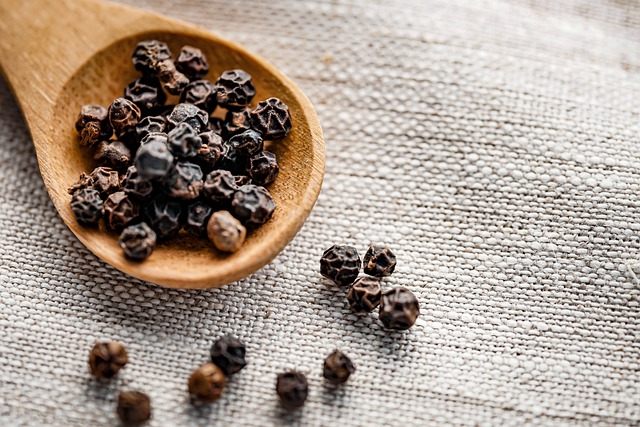 A Look Into Limonene’s Incredible Benefits

Your cart is empty.